Tubridgi is a shallow onshore reservoir which was previously abandoned and has been purchased and developed by AGIT into Western Australia’s largest gas storage facility.

The facility is located 25km west of Onslow and in close proximity to the Chevron-operated Wheatstone gas plant. TGS is connected to the WAWP 10” pipeline which transports gas to and from the interconnected Dampier Bunbury Natural Gas Pipeline, which services all major gas customers and producers in Western Australia.

The Tubridgi Gas Storage project originated in mid-2012 when AGIG (previously trading as DDG) purchased the abandoned Tubridgi gas field from BHP Billiton. Prior to BHP, the Tubridgi Joint Venture had produced around 69 PJ of dry gas in the mid 1990s to early 2000s.

AGIG agreed to take FID in late 2016 to develop the TGS facility as it is known today and at the same time reach agreement with foundation customer Citic Pacific Mine Management to provide storage services, to underwrite the development.

At start-up in 2017 (ahead of schedule and under budget) TGS was capable of injecting or withdrawing 50TJ/d and providing 42PJ of storage.

Since start-up AGIG have further expanded Tubridgi’s physical capability to 90TJ/d Injections and 60TJ/d of withdrawal capability, and expanded the reservoir capacity from 42PJ up to 60PJ, enabling us to provide storage and loan services to a range of major customers.

After 3 years of successful operations exclusively in physical injection mode (of typical rates up to 90TJ/d) we reached the reservoir capacity of exactly 60PJ of customer gas before switching into physical withdrawal mode where we typically provide physical withdrawals of up to 60TJ/d. AGIT also has a range on operational and commercial arrangements in place which means that TGS is capable of satisfying outside of its physical limits. 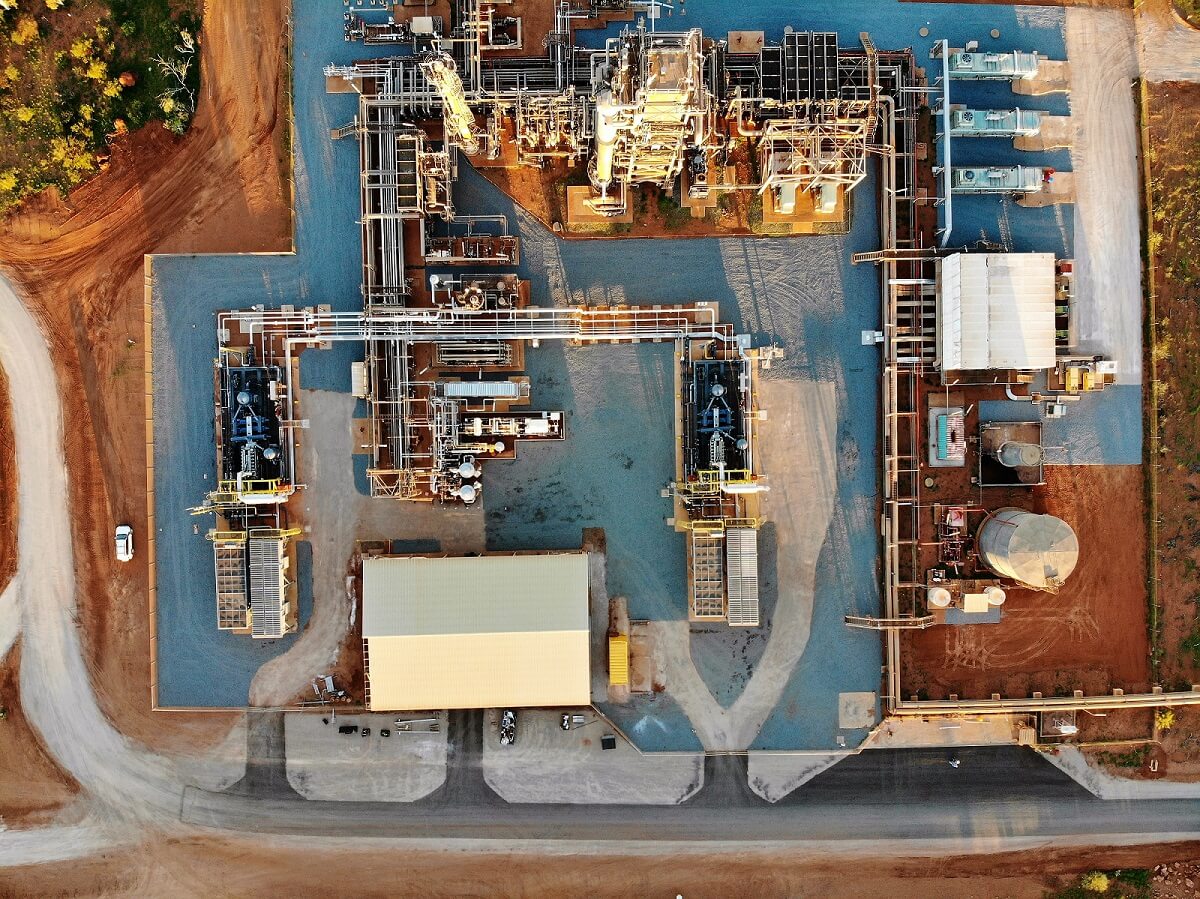 AGIG’s in-house engineering team provides all engineering and design for the Tubridgi development project and the Tubridgi expansion works, for both surface and sub-surface requirements and all day-to-day operations are provided by AGIG’s own operations group.

In 2019/20 AGIT conducted a shallow 3D seismic survey and subsequent interpretation to map out the reservoir and confirm the existing stored gas, but also identified and certified 22PJ of native gas. (native gas is defined as gas that is native to the reservoir, and not injected (stored) from other sources).

Subsequent successful marketing and FEED studies has enabled AGIT to take FID in February 2022 to invest $53 million to further develop TGS to drill production wells and expand capacity to produce the native gas, with start-up scheduled for mid-2023.

This scope of work includes:

The nature of the Tubridgi reservoir means there is excellent potential for AGIT to play a significant role in the capturing and sequestration of carbon produced in the North West of Western Australia. Therefore, as part of the expansion project plan, AGIT will also investigate the potential for Tubridgi to be utilised for carbon capture and sequestration (CCS) in the future. This is consistent with government policy and social attitudes on decarbonising the economy.